Nov/Dec 2011 - Stock photo shoot - Greenpeace Int - Transport, Travel , Frankfurt Airport - Frankfurt am Main Airport (IATA: FRA, ICAO: EDDF), or simply Frankfurt Airport, known in German as Flughafen Frankfurt am Main or Rhein-Main-Flughafen, is a major international airport located in Frankfurt, Germany, 12 km (7.5 mi) southwest of the city centre.[2]. .Run by transport company Fraport, Frankfurt Airport is by far the busiest airport by passenger traffic in Germany, the third busiest in Europe (after London Heathrow Airport and Paris-Charles de Gaulle Airport) and the ninth busiest worldwide in 2010. Passenger traffic at Frankfurt Airport in 2010 was 53.0 million. As of summer 2011, Frankfurt Airport serves the most international destinations in the world, serving 298 destinations in 110 countries[3] and is the second busiest airport in Europe by cargo traffic. The southern side of the airport ground was home to the Rhein-Main Air Base, which was a major air base for the United States from 1947 until 2005, when the air base was closed and the property was acquired by Fraport 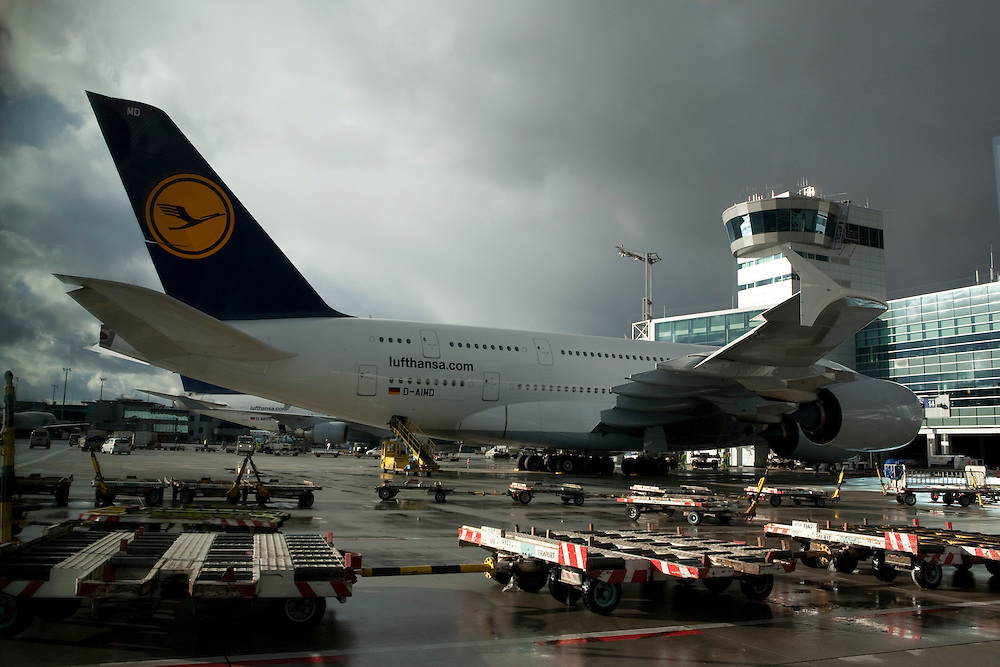