October 2009 WWF Everest -Nawang Tenjing Jangbu (Tengbuche Lama)75 years old.Himalaya being dug from Tibet side pollution is increasing as a result of factories at various places. For example, there was no rainfall or snowfall last year. Me and other Lama Thuche Rimpoche sent water pot through Ang Rita Sherpa ( climber ) to the top of Everest. From the day it was put on Everest there was rainfall for 4/5 days. Villagers were happy. There is program to put one water pot in Imja Lake - if he can put a pumba ( pot ) into the lake then this would do good things. For nature conservation of this area we should continue religious worshipping which our ancestors did. He is sad because there is no Sherpa school. In the past Maoist created donation terror. Now Khumbuwan and others are terrorizing with weapon, our protection is very necessary. We believe in religion, otherwise we would be displaced. Sherpa should pay more attention in education than constructing monastery. About Imja there is more talk. I could not make monastery in Imja. School should be opened for up liftment of Sherpa community. There is only propaganda..In the past there were no dogs in our place. Tourists were decreasing. Dogs fallowed upto Everest Base Camp. Then National park started campaign to kill dogs. Many dogs were killed. There was river havoc that year. We should believe in religion so that nature could be conserved. 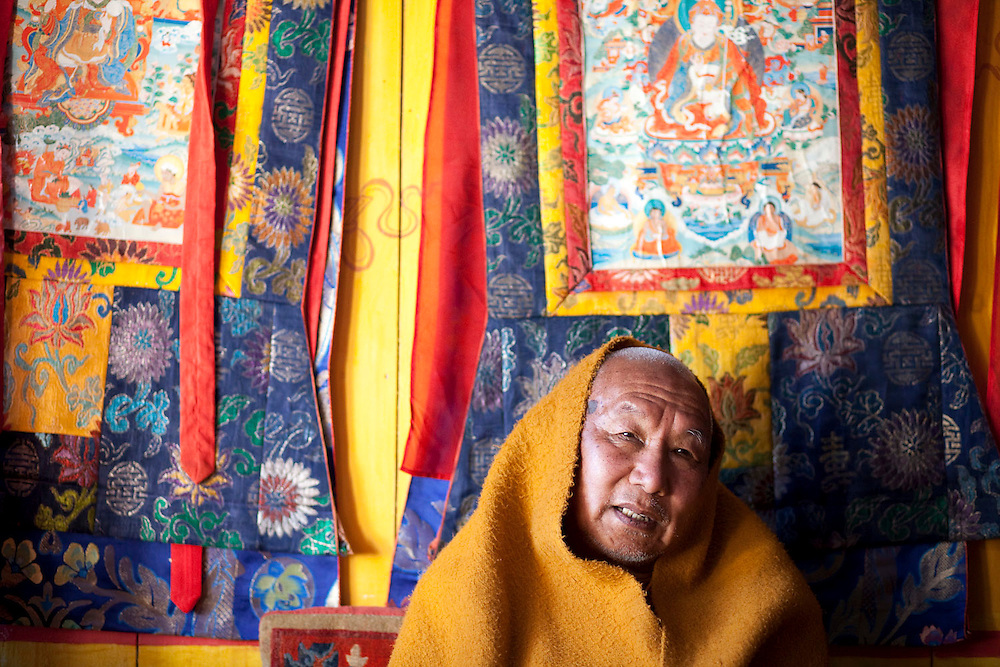